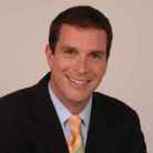 Dr. Jay S. Grossman was accepted to NYU College of Dentistry at the age of 19. After completing a residency in Advanced Education in General Dentistry, also at NYU, he joined the Navy and completed a tour of duty as a Lieutenant in the Dental Corp where he received the National defense service medal, was written up by the military in major magazines as the poster boy for recruitment due to his non-profit Homeless Not Toothless. He has received letters of commendation from President Obama, the Secretary of the Navy and numerous members of Congress. Since 1991 he started his own practice in Brentwood, California, and has been practicing there ever since, with over 13,000 patients in his practice. As a dental expert, he has been involved in over 700 dental malpractice, peer review and injury cases, deposed over 100 times, appeared in Superior Court over 50 times and never been disqualified. He is averaging 52% for the plaintiff and 48% for the defense and spends at least 95% of his time patient care. Published and have been written about in print, radio, and TV over 180 times. Licensed in 42 states to opine on standard of care, with active licenses in California, New Mexico, Nevada as well as a Florida Expert Certification. He is a current Professor at both NYU College of Dentistry as well as UCLA College of Dentistry (1995-present) & a former professor at Western University College of Dental Medicine (2013-2018) & a former Dental Officer, Lieutenant United States Navy (1989-1991) Founder of the non-profit “Homeless Not Toothless” (www.homelessnottoothless.org), he has made it possible for tens of thousands of homeless Veterans and foster children to receive over $7.5 million in pro-bono dental care to over 102,000 people. Personally, he got his black belt at the age of 45, lives in Malibu with his wife, and has 3 adult children.