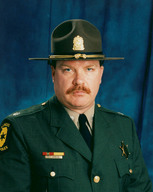 Robert T. Johnson is a law enforcement veteran with thirty-two (32) years of active service. He is a retired Lieutenant Colonel from the Illinois State Police. He continues to serve as a private consultant and expert witness regarding law enforcement policies and practices as well as conducting sensitive internal investigations as an independent investigator for municipalities regarding allegations of police misconduct. He also serves as an Assessor (Team Leader) for the Commission for the Accreditation of Law Enforcement Agencies (CALEA) and has reviewed the operations of over thirty (30) law enforcement agencies nationwide seeking accreditation. He has also conducted Operational, Organization and/or Policy reviews for several agencies, most recently the Kane County Sheriff, the Armenian National Police (for the World Bank) and the Kankakee (IL) Police Department. Johnson began his career as a patrolman for the Metropolitan Police Department, Washington, DC. Two years later he joined the Illinois State Police where he rose through the ranks, retiring as a Lieutenant Colonel (1998) in charge of Region I (Chicago/Cook County), with over 600 employees under his command. Johnson managed a diverse workforce while overseeing the delivery of State Police services in one of the nation’s largest metropolitan areas. Johnson has been instrumental in the creation and oversight of several investigative projects targeting firearms, gangs, drugs, auto theft, and state program fraud. Johnson created the Public Integrity Task Force (Cook County, IL - the nation’s second largest county) to investigate allegations of criminal misconduct by police officers and government officials as well as uses of force and in-custody deaths.