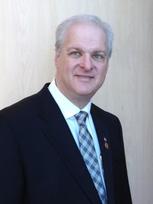 Board Certified - American Osteopathic Board of Neurology & Psychiatry Dr. Pineless has served our community at both the state and local levels. He was President of the Florida Osteopathic Medical Association (FOMA) from 2012-2013. He was FOMA District President for Central Florida prior to his state presidency. Dr. Pineless is currently a member of the Florida High School Athletic Association Medical Sports Advisory Committee. He served as Chief of Staff at Florida Hospital East Orlando for many years. Dr. Pineless was honored as Physician of the Year on multiple occasions by the hospital. He was on the Florida Hospital Board of Trustees for 4 years. He was elected by his peers as a Fellow of the American Osteopathic Board of Neurologists and Psychiatrists and Fellow in the American Academy of Neurology. Dr. Pineless served as medical director for NeuLife Rehabilitation in Mt. Dora, FL from 2014-2017. Dr. Pineless was named as one of Orlando Magazine’s Top Doctors on numerous occasions, most recently in 2021. He has been President of the NeuroCare Institute of Central Florida for 36 years.