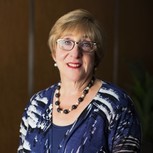 50 years of experience in rehabilitation nursing, providing patient care, education and coordination of services. 35 years as an independent case manager working with catastrophically injured. Evaluated patients, assisted physicians in planning and coordinating the rehabilitation needs of patients with spinal cord, brain injuries, stroke and neuromuscular illnesses. Prior to founding RCC she was the Director of Physical Rehabilitation Nursing at Grossmont Hospital in San Diego, Rehabilitation Nurse Coordinator at Methodist Hospital in Indianapolis and Rehab Nursing Workshop Coordinator at Ohio State University. Doreen is currently an Adjunct Professor with San Diego State’s School of Nursing as well as a former board member of the Brain Injury Association of California (BIACAL), the San Diego Brain Injury Foundation (SDBIF) and Jewish Family Services of San Diego. In 1989, Doreen Casuto decided to start a small company with a unique goal. Doreen had recently left Grossmont Hospital after over a decade as a Director of Physical Rehabilitation Nursing. During that time at Grossmont she discovered a major flaw within the health care system. When patients came to the rehab unit, regardless of the injury, they would make great progress working with Doreen and the team at Grossmont. Then the patient was sent home, and within six months they would return to the unit, often in worse shape than when they started. The problem was that the patient and their family were dealing with life changing injuries and illnesses such that when they returned home, they had no idea what they needed to do moving forward. They didn’t know about the equipment they would need, the therapies or medical/rehabilitation specialists they would have to see, the programs required for good health or the benefits they could apply for. That means they would lose all the progress they had made at Grossmont on top of new problems which arose due to a lack of continuing care. Upon leaving Grossmont, Doreen joined with a partner to found the first nurse case management and life care planning company in San Diego named Resources in Rehabilitation. It started in a corner of the office Doreen’s husband worked in and grew over time. Early on, she joined an expanding national care management company called Paradigm, serving as one of the first generations of new case managers. At the start of 1998, Doreen and the partner decided to part ways, leaving a question mark as to next steps. Resources in Rehabilitation was growing and currently had dozens of patients as well as a number of employees. What would the next step be? At that moment Doreen decided to continue her work. She took on the entirety of leadership of the company changed the name to Rehabilitation Care Coordination. Over time her company grew and expanded in terms of employees, cases and range. RCC eventually moved beyond San Diego to the entire Southern California region for Case management and throughout the United States for Life Care Planning. Our reputation and work were honored in 2018 as we received the Sharp Rehabilitation Victories of Spirit award and in 2020 Doreen was a finalist for the San Diego Business Journal’s CEO of the year award. Over the past three decades we at Rehabilitation Care Coordination have worked with thousands of patients, life care plans and case management, to help them reach their best possible outcome. We remain committed to being patient first, ensuring they have something to do, something to look forward to and someone to do it for.