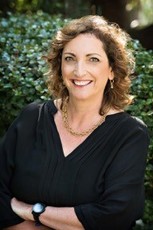 Lauren Cole has been focused on the economics of the entertainment industry since 1987, with a particular focus and expertise on new and growing businesses and business models. After starting her career at Bain and Company and in the Strategic Planning department of Warner Bros., Ms. Cole spent many years launching cable networks around the world in Europe,Latin America, Asia, and Australia for Sony Pictures Entertainment. She also oversaw operations for Sony's international television group and reviewed and negotiated many of the company's television licensing agreement. She was COO of PacketVideo, an early mobile video streaming company where she oversaw business operations and developed strategies and business terms that enabled the company to work with dozens of content suppliers. Since 2002, Ms. Cole has managed a boutique consulting firm, Cole Media (www.colemediala.com) which focused on developing and implementing business plans, financial projections, and strategies for all types of media businesses. To date she and her colleagues have completed projects for over 180 clients, from large companies to start-ups. While many of the initial clients were pay and broadcast television networks in the U.S. and internationally, the firm has been working on streaming projects since the early days and has a broad range of experience in all business models such as SVOD (subscription video-on-demand), AVOD (advertiser-supported), TVOD (transactional) and FAST (free ad-supported streaming.) Cole has also worked on projects around television and film production and distribution, live events and theater, theatrical exhibition, Augmented and Virtual reality, airlines, and many others. Cole Media's clients have included Netflix, NBCU, ABC, HBO International, Sony Pictures Entertainment, OWN, PBS, TV Guide, BBCW, Spectrum Originals, Qualcomm, Verizon Wireless, TV One, Hasbro, Tribune Digital, and many more. Cole has worked on approximately 15 expert witness assignments with a mix of arbitrations and court cases and has worked as both an expert witness and a consulting experts. Examples of the types of assignments that Cole has handled include: - Multiple assignments to review the business plans for ventures and determine whether they were reasonable, including for television networks, OTT services, an international satellite service, and a comedy business. Cole has created financial projections used to assess damages and business valuation for some of these assignments. - Wrote a report on several media industry segments and their evolution for the USDOJ in its case against AT&T Inc. and Time Warner. - Reviewed the potential exposure of an international music property in the U.S. for a copyright case. - Reviewed business terms and revenue results of a variety of entertainment industry-related agreements to assess whether content had been licensed for sufficient amounts or on an arms-length basis.