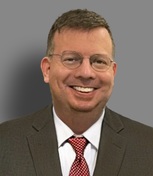 Dr. Tim Coleman is the founding partner of the meteorological consulting firm of Coleman Knupp & Dice, LLC. He has been working in forensic weather analysis and consulting since 2008, and has 31 years of experience in meteorology. He holds a PhD and MS in Atmospheric Science from The University of Alabama in Huntsville, and a BS in Physics and Mathematics from Samford University. Tim has performed meteorological consulting services in over 80 cases in 12 states and Europe. His work in these cases has been widely varied, including but not limited to: rainfall and flood analysis; building collapse (due to wind or water); wind damage (including straight-line winds, tornadoes, and hurricanes), slip and fall (due to water, ice, and wind), lightning, hail damage, highway accidents, aircraft accidents, fog and visibility, and sun angle. Many of these cases have involved expert testimony. Dr. Coleman’s clients have complimented his ability to locate and analyze complex information, then explain it in an understandable way to attorneys, judges, and juries. His honesty and integrity are the hallmarks of his consulting practice. His firm has developed several unique methods for forensic weather analysis, based on peer-reviewed literature, that have stood in every court case where they have been used. These include highly-accurate, 2-minute resolution, rainfall analysis at locations without rain gauges, wind speed and gusts at locations away from instrumentation, and analysis of fog at night using multi-channel infrared satellite data. Dr. Coleman started his career in meteorology in 1991 at the National Weather Service, where he worked for 9 years. After a few years in television weather, Tim went into academic weather research at UAH in 2005, studying severe windstorms, radar meteorology, satellite data, hydrology, and lightning. Tim has authored twenty peer-reviewed articles published in several academic journals, and he has trained National Weather Service meteorologists across the eastern U.S. in the use of his research in warning for severe weather. He has given numerous invited presentations on his research, including at several bar association groups, NOAA, and NASA; he has been interviewed twice on The Weather Channel about his work. Tim also teaches courses and advises students as an adjunct professor at UAH. Tim is a member of the American Meteorological Society and The National Weather Association.