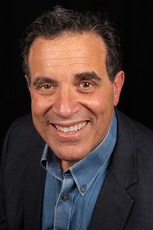 I spent 30-years with the Los Angeles Police Department, retiring in 2012 as the Officer-in-Charge of Homicide Special Section, Robbery Homicide Division. During the course of my career, I worked numerous assignments including, Gangs, FTO, Metropolitan Division, and K9. As a sergeant, I was assigned to Patrol and later Gangs, Vice, Internal Affairs, and as an Assistant Watch Commander. When I promoted to lieutenant I was assigned to patrol and later received a pay grade advancement to the rank of Lieutenant II. As a Lieutenant II, I was the Officer-in-Charge of the FBI Interstate Theft Task Force, FBI Violent Crime Task Force Los Angeles, Criminal Investigation Section-Joint Terrorism Task Force, The Special Investigation Section (SIS), and Homicide Special Section, Robbery-Homicide Division. When I retired I owned and operated Critical Solutions Protective Services Group, a major security company in the Los Angeles area, that ran both undercover and uniformed operations at various upscale venues in Southern California. I am also a licensed private investigator in California and Oregon. As an expert I have been retained in cases in the following areas: Use of Force, Police Pursuit Policy, Officer-Involved Shootings, Police Best Practices, Wrongful Death, Premise Liability, and Security Operations, Complex Criminal Investigations, Police Employment, and Brady issues as they apply to investigative misconduct and wrongful convictions.