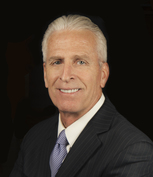 - Mr. Winters has decades of experience in the industry and holds a Master's Degree in Software Engineering from Carnegie-Mellon University (CMU) and has been an expert in many facets of Software Engineering. - Mr. Winters has in-depth knowledge of and has worked on cases involving user privacy including cases related to the Illinois BIPA privacy in relation to speech recognition, face detection & recognition, biometric identifiers & Viola-Jones. - Mr. Winters has been an expert in all cases involving Speech and Face Recognition to include Biometric Identifiers, Voiceprints and the use and storage of user privacy data. , Mr. Winters also works with issues involving Cybersecurity, Cryptocurrency and Blockchain, - Mr. Winters has also been retained as an expert in Patent Infringement, IPR, Trade Secrets and Software Development cases since the early 1990’s until present and meets the qualifications for POSITA in most desired time periods with experience extending to present. - Mr. Winters has 30 years of computer development experience developing private sector products for companies like Microsoft, Apple, Hewlett-Packard, Fujitsu, Epson, Boeing, Honeywell, Air Force Research Labs (AFRL). - He has also served as CTO, CEO & President in various companies and has built multiple Award-Winning National Products/Companies and has patents in the US and abroad in AI. - He holds a Master of Software Engineering Graduate Degree from Carnegie-Mellon University (CMU) (later in his career in 2002). - In addition to his experience in the private development sector, he also taught for CMU’s Master of Software Engineering graduate program teaching & developing graduate core classes for several years and has a close connection also to CMU’s Linguistics department. - He also taught Software Engineering at Brigham Young University in Hawaii for several years before returning to the private sector. - Mr. Winters was also the former Director of Advanced Development Group for Novell, Inc (the company that first developed computer networking as we know it today). - In addition to his blockchain development experience, he designed the first cryptocurrency arbitrage system.   - Mr. Winters has experience with speech recognition systems (including CMU's Sphinx) & facial detection & recognition (including OpenCV & OpenFace), and the creation of biometric identifiers. - He has worked on cases involving Siri, Goggle, Samsung and other technologies involving speech and facial recognition privacy issues/designs. - Mr. Winters also has been heavily involved in cases involving user privacy to include speech recognition, voiceprints, face recognition and biometric identifiers as well as the handling and protection of user's privacy rights. -Mr. Winters has been an expert witness in many software areas with a special focus on speech and face recognition, data privacy including BIPA-related cases. -Mr. Winters works well with both small and larger cases such as class action cases & also providing expert services for user privacy as well as IPR and patent infringement cases, involving companies in the startup stage to large companies to include Apple, Google, Samsung, & other major technology manufacturers.  - Mr. Winters is a seasoned expert in software development/architecture with business executive experience & can successfully present at any level of technical expertise. - Mr. Winters is also familiar with developing on Windows. OS X, Linux, Android-based and IOS systems in C, C++, C#, Java, Objective C, JavaScript & more. - Mr. Winters is a skilled software code reviewer and can also help develop the proper request for documentation and source code that is most relevant to the case in order to insure that the material being requested is relevant to the case. -Mr. Winters also has in depth experience creating and breaking out definitions and developing the proper ESI protocol in order to clearly request from the opposing party exactly what is needed.