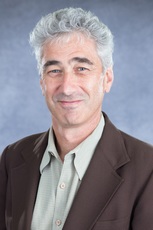 Dr. Budoff is a professor of medicine and has extensive experience with both defense and plaintiff cases over the last 20 years. He has testified in both federal and state courts as well as arbitrated cases in front of a retired judge. Dr. Budoff has authored or co-authored more than 50 books and book chapters and more than 2000 articles and abstracts. He has received numerous research grants from the National Institutes of Health and has been invited to lecture at cardiology conferences around the world. In addition to his 2015 appointment as the Endowed Chair of Preventive Cardiology at Harbor-UCLA Medical Center, he has been recognized for his work by the Society of Cardiovascular Computed Tomography, from which he received the Gold Medal Award and recently designated as Master of the Society of Cardiovascular Computed Tomography (MSCCT), and has been inducted into the European Academy of Sciences. Dr. Budoff has been named to “America’s Top Doctors” for each of the past 9 years. In 2011, he was named a US News Top Doctor for cardiology, was awarded the Albert Nelson Marquis Lifetime Achievement Award in 2018 and named to “The world’s most influential scientific researchers” in 2018 and 2019.