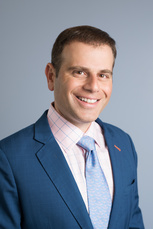 Dr. Chahine graduated in 2001 from the University of Montreal with a Doctorate in Medical Dentistry (DMD) degree at the age of 22, making him one the youngest graduates ever for a DMD or DDS program. He completed his post-doctorate advanced training at The Ohio State University Medical Center, earning a GPR certificate in 2002. In June of 2007, Dr. Chahine received the prestigious Fellowship of the Academy of General Dentistry (FAGD), a distinction awarded to only 7% of North American dentists symbolizing excellence in the dental profession. Again, he is one of the youngest dentists in the country to ever receive this award, thanks to his commitment to provide the highest quality of dental care by remaining current in the profession. He is also an Invisalign Premier Provider having completed over 275 cases of clear aligner treatment over the years. He is also trained to use conservative Laser therapy in many procedures that would usually require surgery. In addition, he is trained in the D.O.C.S. sedation protocols allowing him to make your visits more comfortable with conscious sedation. Dr. Phil has participated in research in the area of dental plaque resulting in his work being published. Dr. Chahine also has extensive training in the areas of endodontics (root cantherapy) and implant restoration. Dr. Chahine is one of the premier dental providers in Central Ohio. He has been voted by his peers Top Dentist in Columbus in 2019, for the seventh year in a row. These surveys are published in the highly regarded Columbus Monthly magazine. He owns and operates two dental practices in Central Ohio under the name Just Smiles, Family and Cosmetic Dentistry with a total of 20 chairs. He and his team of five dentists provide high quality care in a modern, gentle and non-judgmental setting. His business success was highlighted by the company’s inclusion in the prestigious INC. 5000 list of the fastest growing private companies in America four times.