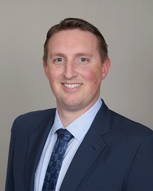 Mr. Reynolds is a Registered Professional Engineer in 11 states. He has extensive experience designing and overseeing the construction administration of swimming pools and investigating the spectrum of mechanical system and structural failures. Reynolds has designed more than 200 major commercial swimming pools and spas nationwide. In obtaining his Bachelor of Science in Civil Engineering and through his professional experience designing commercial swimming pools and investigating structural failures, Reynolds is accustomed to reviewing the often-complex seismic and geotechnical issues that play a major role in swimming pool projects. As a youth, he swam competitively and played water polo through college, which he later coached at both the high school and collegiate level. He trained as a junior lifeguard then qualified and served as a lifeguard. He is also an experienced swim instructor and aquatic sport camp counselor. He entered the industry after graduating from Loyola Marymount University. Reynolds was hired by Counsilman‐Hunsaker & Associates in their Los Angeles Office. He progressed through the ranks and accepted a prestigious role as studio director for overseeing the firm’s Mountain Region Studio and relocated to their Denver Office. While at CH, his notable accomplishments included designing the indoor aquatics components for Northern Arizona University’s Wall Aquatic Center, and the outdoor aquatics components for Copper Sky Multigenerational Center (Maricopa, AZ). He expanded his professional acumen even further when joining engineering giant Terracon Consultants as a department manager, where he oversaw the aquatic service line. While at Terracon, his notable accomplishments included overseeing the construction administration for the Neptune Pool Restoration at Hearst Castle. Additionally, Reynolds designed the 50-meter competition pools at Castaic Regional Sport Complex, Cuesta Community College, and Los Alamitos High School.