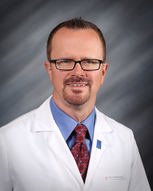 Dr. McIlraith received his BS, and MD from the University of Wisconsin; and completed Internal Medicine Residency at the McGaw Medical Center of Northwestern University in 1999. In 2000, he was made the head of the hospitalist division in the South Sacramento Kaiser Permanente. He became the Chairman of Hospital Medicine at Mercy Medical Group in 2004. In the subsequent 12 years he grew the department from 12 to 84 hospitalists. He was elected to the MMG board of directors in 2009, and served as Treasurer from 2011 through 2016. Dr. McIlraith has been providing expert opinion services to defense and plaintiff clients since 2011. He has served on the The Doctors Company Hospital Medicine Advisory Board. Dr. McIlraith joined NAIP (now SHM) as a charter member in 1998 and has been active ever since. He was in the inaugural FHM class in 2009, the inaugural SFHM class in 2010, and the inaugural CLHM class in 2013. He was the 2016 recipient of the SHM Award of Excellence.