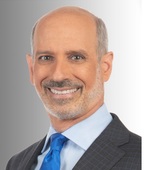 Paul Gross is one of only six meteorologists in the world ever named a Fellow of the American Meteorological Society as well as an AMS Certified Consulting AND Broadcast Meteorologist. He has worked at Detroit's NBC affiliate, WDIV-TV, since 1983, and has practiced forensic meteorology since 1986. He has researched well over 2500 weather-related cases, and has testified in nearly four dozen trials. Many clients consider him the best expert witness they have ever worked with due to his expertise, ethics, enthusiasm, and outstanding courtroom skills. Clients include some of the nation's top plaintiff and defense firms, as well as a state Attorney General's office. Here are two comments from JUDGES about Paul: "(Paul Gross) is an expert witness beyond comparison. (He) had a tremendous impact on the jury." ---Circuit Court Judge "Thank you very much, Mr. Gross, that was quite an education." ---Circuit Court Judge, at the conclusion of his testimony in a bench trial Paul personally works on every case from start to finish, and works plaintiff and defense cases without bias. Past cases include slip and falls, auto crashes, building damage due to snow, ice, wind, tornado, lightning or flood (including class action law suits resulting from major flood events), injuries or deaths due to fallen power lines (determining if weather may have brought down the lines) and cases where visibility was important (related to weather, darkness and/or sun angle). Ethics is Paul's most important characteristic. He will not let himself be taken out of his area of expertise, and does not "sugarcoat" his conclusions: if they don't help your case, then you will be told this up front. You can easily retain Paul using the form on the "Retaining Paul" link on the GrossWeather.com website.