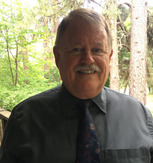 Bachelor of Science in Electrical Engineering (BSEE), University of Washington

John R. Beebe P.E. is Owner / Principal of AER Engineers, Inc. and has a Bachelor of Science in Electrical Engineering degree from the University of Washington. -Letter of Reference for John R. Beebe, P.E., PREG, O’DONNELL & GILLETT PLLC L A W Y E R S Mark E. Wilkerson [email protected] -John Beebe, simply stated, is one of the finest expert witnesses I have ever worked with, and over the past 35 years as a trial lawyer, I have worked with a lot of experts. Of course, John has all the right qualifications and experience. He knows his stuff like no other. John investigates, listens, researches, and then carefully and accurately reaches his conclusions. No posturing, no leaps to conclusions, no over advocacy. John and I worked together in the most complex case of my career. It involved two deaths by fire, massive damage, burned evidence, spoliated evidence, and seawater. There were 7 parties, 16 lawyers, 14 liability experts, and enough competing cause and origin and electrical engineering theories to fill a textbook. John Beebe is the one who figured out that an “open neutral” caused the deadly fire. And he backed it up with hard evidence and peer reviewed publications. Although the other experts ultimately came to agree, albeit grudgingly and only under cross-examination, John was the one who got it right. But getting it right is not enough, and John knows it. John is not just an expert he is an expert witness. John can simplify complex electrical engineering concepts, and explain them in a report that will intimidate the opposition in its clarity. And, John makes an excellent appearance as a witness. He is professorial without being pompous. He will educate the jury. He is always polite, but unshakeable in his opinions. He will not be rattled on cross. I have known a lot of great experts in my career. I have known few great expert witnesses. John Beebe is at at the top of that short list. Mark Wilkerson