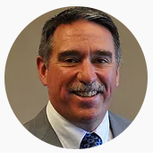 Charlie Thompson is in his 22nd year as the Head Athletic Trainer at Princeton University where he is responsible for the athletic medicine needs of 37 varsity athletic teams and 2 club sport teams. Mr. Thompson is a recognized expert in the area of policy and procedure development and implementation with a specialization in the medical model for athlete care. Mr. Thompson earned a Bachelor of Science Degree from the University of Rhode Island in 1980 with a specialization in Physical Education and a Master of Science Degree from the University of Arizona in 1981, with a specialization in Athletic Training. He has been a board-certified athletic trainer since 1981. Mr. Thompson is a well-respected athletic trainer and the recipient of many accolades as bestowed upon him by his peers. In 2013, Mr. Thompson was inducted into the National Athletic Trainers’ Association (NATA) Hall of Fame. Additionally, the NATA recognized him in 2011 with the Most Distinguished Athletic Trainer Award. He was inducted in to the prestigious “49 Club” of the Eastern Athletic Trainers’ Association (EATA) in 2017, is the namesake of the NATA District 2 Charles R. Thompson Scholarship launched in 2013, and was the Cramer Award recipient presented by the EATA in 2007. Furthermore, in 2011, Mr. Thompson received the Ted Quedenfeld Award presented by the Philadelphia Sports Medicine Congress.