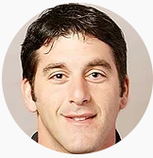 Brian Goodstein is in his eighteenth season with D.C. United Soccer Major League Soccer (MLS) as the club’s Head Athletic Trainer and Director of Sports Medicine. His responsibilities cover all aspects of medical care, rehabilitation, and sports performance for the team. Goodstein graduated from the University of Delaware in 1995 with a degree in Athletic Training. He earned a Masters in Sports Medicine from California University of Pennsylvania in 1996. Goodstein, a recognized and highly-respected leader in the professional soccer world, currently serves on the executive council of PSATS (Professional Soccer Athletic Trainers Society) as the eastern conference representative, and he previously served 2 terms as president (2011-14), and two terms as vice president (2006-10) of the organization. He was a member of the MLS Advisory Committee, and currently serves on the MLS policy and procedures, and concussion committees. In 2007 and 2004, he was honored as the MLS Athletic Trainer of the Year. Prior to joining Major League Soccer, Goodstein held a similar position with US Soccer Men’s U-17 National Team program in Bradenton, FL, and went to two World Championships. He has also worked as an athletic trainer for the U.S. Olympic Committee, at the national training center, and was selected by U.S. Field Hockey Association, to be the head athletic trainer for the women’s national team for the 98’ World Cup.