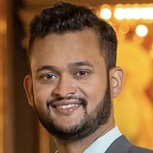 I am a professor of Interactive Computing at Georgia Tech's College of Computing (a top 10 department in computer science). Prior to that, I got my Ph.D. in Human-Computer Interaction at Carnegie Mellon University (from the #1 ranked computer science department in the country). I have previously worked as a researcher and technologist at Facebook, Google and Microsoft, as well as at a small technology start-up company. I direct the GT SPUD (Security, Privacy, Usability and Design) Lab. Our work, at the intersection of HCI, data science and cybersecurity, is oriented around answering two questions: (i) How can we design systems that encourage better cybersecurity and privacy behaviors? (ii) How can we design systems that shift power away from surveillance institutions and back into the hands of end-users? I've given talks on my research both USENIX Enigma and RSA — both premier venues for cybersecurity professionals — in addition to many top universities: e.g., Stanford, Princeton, University of California at Berkeley, and University of Washington. My work has been selected for half a dozen academic awards—including an honorable from the NSA for Best Scientific Cybersecurity Paper. I have raised over a million dollars in funding for my research on usable privacy and security from organizations such as the Department of Defense, National Science Foundation, Facebook and Qualcomm. I maintain a blog that is read tens of thousands of times a year. My work has been covered widely by the popular press, including features on The Atlantic, The Huffington Post, Forbes, The Financial Times, Slate and other significant media outlets. I have been an expert witness on two cases related to iOS privacy in the past — providing my clients with a detailed technical report on how certain iOS applications might surveil unwitting end-users.