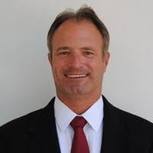 Captain Sam Stephenson, J.D. is an unlimited Master Mariner who sailed as captain for over six years on various ships of unlimited tonnage prior to becoming a Port Everglades Harbor Pilot in 2006. Captain Stephenson has over 6,000 transits in and out of Port Everglades on ships including tankers, cargo ships, yachts, tugs & barges, ships of war, and the largest cruise ships in the world. He is a lead lecturer at Resolve Maritime Academy where he has taught Colregs, BRM, shiphandling, Legal and Regulatory Issues of Piloting, BRM-Pilots, and podded propulsion courses to captains, senior level officers, and pilots. He taught as a Senior Lecturer from 1996-1999 at Texas A&M at Galveston's Maritime Academy where he taught: Colregs, Seamanship, Marine Orientation & Lifesaving. From 2001 through 2005, Captain Stephenson was Commandant of Cadets of the Texas A&M Maritime Academy and Captain on the United States Training Ship Texas Clipper II. As captain he was responsible for the training of US Maritime Service Midshipmen. Growing up in Florida, Captain Stephenson has been an avid boater his entire life, and currently owns four boats ranging from 15' - 35'. In Texas, he was skipper in the Texas Ocean Racing Circuit, and in 1989 won the US Navy S.W. Laser Championship. In Florida, he is an avid offshore fisherman and diver. Since 1989, Captain Stephenson has been retained on numerous cases including: Colregs, Collisions, Personal Injuries, Allisions, Gangways, Vessel Sinking, Groundings, False Imprisonment, Contaminated Potable Water, Deaths, Boundary Disputes, Vessel Surging, Propeller Injury, etc.