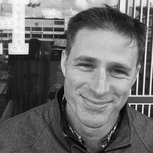 Harry Brignull is best known for his work in coining the term “Dark Patterns”—which are deceptive design techniques used in websites and mobile applications (“apps”) to trick users into doing things unintentionally. For example, common dark patterns include imposing hidden costs that only appear at the last stage of a checkout process, or making it unnecessarily difficult to cancel a subscription service in which the user did not intend to enroll. In 2010, Harry formed the website http://darkpatterns.org as part of an initiative to bring public awareness to common types of dark patterns and help stamp out deceptive design practices. The initiative has been successful, with the concept of dark patterns now being well known internationally. For example, dark patterns are cited in various books on design, ethics and privacy, they are researched by a number of academic researchers, and they are the concept at the center of the bipartisan DETOUR (Deceptive Experiences to Online User Reduction) Act introduced before Congress in April 2019. Harry have been cited as an expert on the subject of dark patterns by numerous media outlets, including The Wall Street Journal, Vox, The New York Times, The Financial Times, The Verge, Gizmodo, The Atlantic, Fast Company, Ars Technica, British Broadcasting Corporation (BBC), and Consumer Reports.