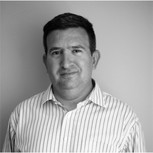 Described by The International Herald Tribune as “a rising star in the counterterrorism community,” Daveed Gartenstein-Ross is a prominent scholar, practitioner, and entrepreneur. His career has focused on understanding how terrorist groups and other violent non-state actors (VNSAs) are changing the world, and helping governments and private clients fashion creative solutions to save lives and safeguard their interests. Dr. Gartenstein-Ross is also a senior fellow at the Foundation for Defense of Democracies, and an associate fellow at the International Centre for Counter-Terrorism – The Hague. Previous positions he has held include senior advisor to the director of the U.S. Department of Homeland Security’s Office for Community Partnerships, fellow with Google’s think tank Jigsaw, and adjunct assistant professor in Georgetown University’s Security Studies Program. Dr. Gartenstein-Ross has testified on his areas of core competency before the U.S. Senate and House of Representatives over a dozen times, as well as before the Canadian House of Commons. He has also served as an expert witness on terrorism and sub-state violence in numerous federal legal cases, including criminal, civil, and asylum cases. He is frequently a featured speaker at events throughout the globe, including delivering keynote speeches at the U.S. Army Special Operations Command Commander’s Conference, the University of Southern California’s National Center for Risk and Economic Analysis of Terrorism Events (CREATE), and the Global Futures Forum. Known for his rigorous scholarship, Dr. Gartenstein-Ross is the author or volume editor of twenty-three books and monographs. He has published widely in the popular and academic press, including in The New York Times, The Washington Post, Foreign Affairs, Foreign Policy, The Atlantic, and Terrorism & Political Violence. His e-mail address is [email protected], and he is active on Twitter as @DaveedGR.