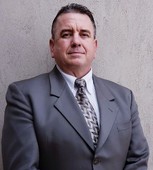 Mr. Richardson is an authority in the building, design and inspection of amusement rides and ziplines. Mr. Richardson is a member of the board of Professional Ropes Course Association (PRCA). Additionally, he is a voting member of American Society for Testing and Materials (ASTM) F24, and is a Stakeholder in ASTM F2959 Aerial Adventure Course (AAC) F24.61 ACC Task Group. Within these ASTM organizational task groups, he facilitates in the writing of, and voting on the revised or new amusement safety standards. Mr. Richardson is certified with the PRCA as a Qualified Instructor (QI). He is a designer, inspector and examiner of zipline systems. He has been an expert in over 15 states. Mr. Richardson has the rights and License Agreement to over 300 industry standards, regulations and procedures; ACCT, ANSI B77, ASME, ASTM F24, PRCA Mr. Richardson has owned and operated a commercial zipline in 2009. He is an expert in zipline trolleys and built one of the most successful ziplines at a ski resort in 2002. In 1998 Mr. Richardson owned a Machine and Welding business with a Structural Contractor’s license and National Board Certification. His company was designing and building ziplines since 2000. He was building Roller Coasters in 1992, Ziplines in 2000 and one of the largest ziplines in 2002. Mr. Richardson has extensive experience in the investigation and root cause analysis of accidents on amusement rides and ziplines, including all aspects of the rides and the origins of their safety elements. He holds several zipline patents. His third zipline using a safe passive braking trolley patent was published in 2018. His other zipline trolley utility patents were issued in 2003 and 2013. He developed safety systems and devices since 2001. Mr. Richardson is the Forensic Expert in ‘Accident Reconstruction’ and ‘Product Liability’. He identifies the major parties at fault in the adjoining incident.